Description: The by now antique concept of speed mapping hit the community not too long ago and we already have three such maps out there. While the two first speed maps were one-hour maps, this one is a two-hour map meaning each mapper was given two hours to complete his segment. The result is an outdoor map with hi-tech and temple sections.

Into it: If you didn't know the map is a collaborative effort, you might never find that out. The map is consistent. You start from a huge outdoor area, after which you end up blasting aliens inside a hi-tech facility. After this it's back to the jungle where you have to find a passage to a mysterious temple. Only a few teleports break the flow but without destroying the level's credibility as a consistent single-player adventure. (William Gee's huge finale does stand out though with Gee's trademark style of adding plenty of Commanders and Battlelords.) Items and monsters have been scattered around the map quite well but the first time I played the map I missed both chainguns (neither was placed in a clearly visible location) and, needless to say really, I ended up having a hard time with ammo. Exploration is rewarded, especially at the beginning where a seaward expansion is rewarded with a shotgun. The huge forest area felt a bit too huge and the engine agreed by stopping a huge chunk of my bullets midair which made the ammo issue even more acute.

Conclusion: The third speed mapping project turned out to be more epic than the previous two. 2-Hour CBP is a 20-minute bullet fest with a few typical puzzles and a grand finale. 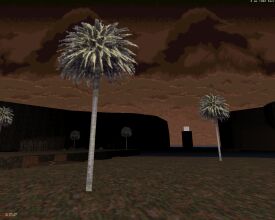 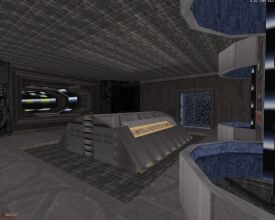