Description: A spooky/bizarre map by Sanek with unoriginal design.

Into it: It seems that Sanek studied extensively such classics as Pain, Quest and BobDM1 for this map. The result is a very linear map with a refreshing albeit recycled theme. Also, this is not the first time Sanek's map has a "dream sequence".

Nevertheless, there are plenty of good things. Design, while not original, is pretty good with some recurring themes throughout the map. Stranger's Pain is a major influence and allows Sanek to experiment with lighting. Especially colored lighting is impressive. EDuke's fog effect has also been used, fitting well with the calm spirit (and music track) of the map's first third.

There are some minor con hacks and liztroopers are now green demons (unfortunately the art is the only thing that's been changed as the "demons" still behave and sound like liztroopers). Gameplay is a bit off balance especially if your aim is to deal with every single enemy but at least this time there's no over-reliance on the pistol. Near the end you're given a choice between two paths, one of which is a normal ending that ends the dream and the another is an archetype of a dull bossfight.

Conclusion: Sanek is getting better in many areas and while this map is a refreshing break from typical Duke3D levels (assuming such things exist), it wouldn't hurt if Sanek started developing a style of his own. 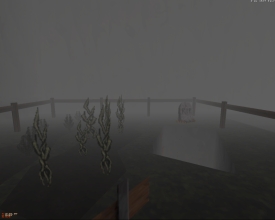 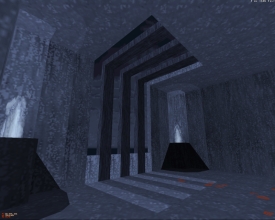