Never had much interest in Prey back in the days when it was all hyped but couldn't resist when Play.com was selling the game for about twenty euros.

Prey is basically a Q4/D3 clone with a few neat original ideas. The levels are dark hi-tech maps with enemies that seem to be made of flesh and metal and the various labs with human experiments are very much like those of Q2/Q4 AND the first few levels are full of the kind of extreme violence you'd expect to find from an ID Software game (this one was developed by Human Head Studios and produced by our belowed 3DRealms). 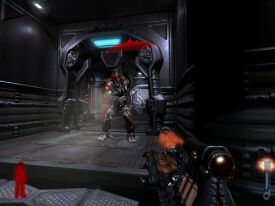 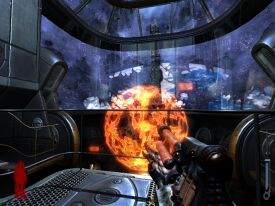 The game introduces a few cool tricks: portals, gravitational ceilings and walls you can walk on and some kind of a Native American ghost mode where you leave your mortal body to continue as some arrow-shooting ghost. Also, when you die you really don't die but end up in this rocky place where you have to shoot birds to return back to life. I thought this was an excellent idea - there's no need to save while playing.

The new effects are effectively used throughout the game in various shapes and forms. They never get old and I just loved most of the tricks you had to perform, especially those involving the "ghost mode". There was only one puzzle that managed to frustrate instead of entertain and that was the damn cube thing.

But just too bad the levels have little variety in theme (I found myself constantly hoping to get a chance to visit Earth). Apart from the first map all levels are space station hi-tech maps. There is quite a bit of variety within the levels, such as in Half-Life (where all the action took place in one facility), so it's not that bad. You get to drive a vehicle a few times which, again, reminded me of Q4. The levels are quite atmospheric with all kinds of neat environmental tricks, graphics and sounds. It actually feels like you're facing an overwhelmingly nasty and powerful enemy. 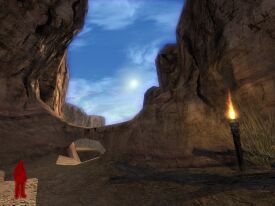 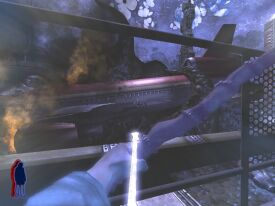 The storyline is basic stuff but with good voice actors and I liked the stereotypical protagonist - a Native American who wants to get the fuck our of his home reservation. A few twists occur as the story moves on and the game has a hell of a start spiced by one of the best songs ever, Blue Oyster Cult's "Don't Fear the Reaper". It was like watching The Stand again, for the first time.

The enemies are somewhat disappointing since I can barely remember them. The guns are a bit better; I especially liked the fourth gun which had at least four different "powers". The game can get tricky at times because of puzzles and I had some major framerate issues during the last few levels. The ending is satisfying enough and the game is not too long (in fact, some have complained that Prey is too short but I really don't like long games). Prey took me 6 hours and 30 minutes (yap - there's a counter!)

Conclusion: A good game with a bit repetitive, although enjoyable, gameplay and the level design, while excellent, lacks variation. The game has a hell of an atmosphere and some very good puzzles. 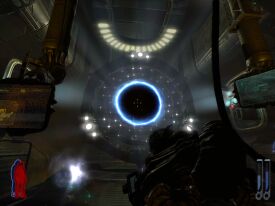 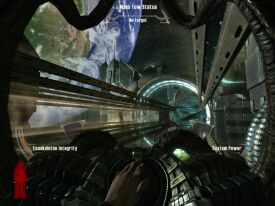